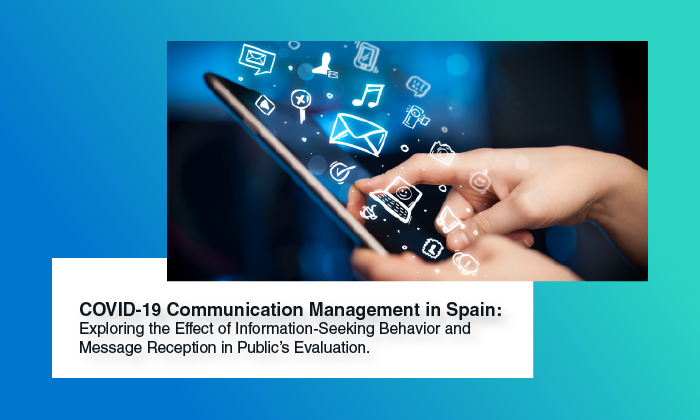 The researchers assessed how information channels and sources influence the public’s information-seeking behaviors, and the perception of government’s crisis response strategies in Spain during the COVID-19 pandemic.

Using a snowball sampling technique, the authors conducted an online survey between March 14 and April 14, 2020, which corresponded to the first four weeks after a State of Alarm was issued in Spain. The questionnaire focused on respondents’ information-seeking behavior, trust in different sources and channels, perception of government communication management, and message retention.

Some key findings include:

People under the age of 29 got more information than the rest of the age groups from Twitter (63%) and websites/blogs from public institutions (48%). Older participants reported a highly significant use of television (90%) and a very limited consumption of information from social media and online media channels.

People who were mainly informed through Twitter (53.4%) and Facebook (52.5%) strongly believed that the government’s communication caused social alarm, and confused the population (50.7 and 49.5%, respectively). However, most audiences for all media agree with the statement, “The government has not revealed the whole truth,” especially Twitter users (57.1%) and print press readers (56.7%).

56% of women surveyed believe that the government has not revealed the «whole truth» and that it has generated social alarm, compared to 39.6% of men.